Today is the anniversary of the fall of Moorish Spain. Was it really such a wonderful place? 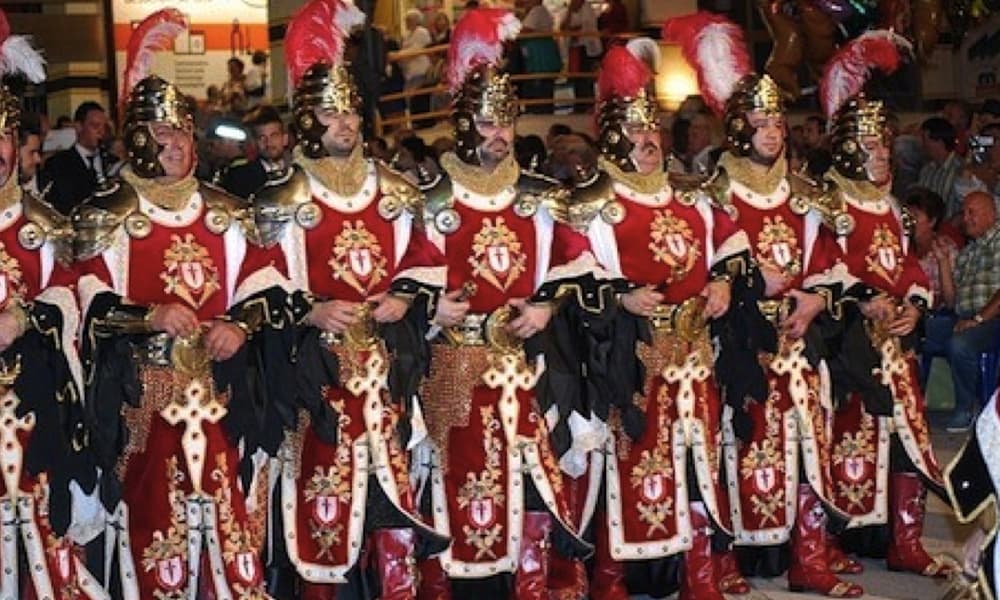 On the 2nd of January 1492, a 40-year-old Italian sailor stood amid the fluttering banners outside the fabled walls of Granada, and watched as Muhammad XII handed the city’s keys over to King Ferdinand and Queen Isabella of Spain.

On Muhammad’s ignominious ride south, as he looked back from a mountain peak now known as el ultimo suspiro del moro (the moor’s last sigh), he wept for the 781-year old Islamic state he had lost forever.

Al-Andalus was no Muslim outpost. The Spanish Islamic society had been a quintessential part of the European continent for almost 800 years. In an English context, it was there from the time of the Venerable Bede and King Alfred, all the way through to William the Conqueror, the great medieval kings, the universities and gothic cathedrals, the guilds and ships, printed books, and finally up to Tudor England.

Muslim forces had first landed in southern Spain in AD 711 when the Berber general Tariq ibn Ziyad led his armies north from Morocco. Western history may have largely forgotten him, but he survives in the place-name Gibraltar, from Jebel Tariq (Tariq’s rock), the staging ground where he massed his invasion force.

Memories of the Islamic state of al-Andalus are a highly emotional topic, still remembered keenly, and with polarised sentiments. In Spain, on the 2nd of January, they celebrate 1492 and the definitive completion of the Reconquista. Across the water in Morocco, the people remember the same event by flying black flags of mourning, and descendants of the inhabitants of Granada who left with Muhammad XII bring out keys to the properties they were forced to abandon.

The legacy of al-Andalus is hard to judge objectively.

Islamic rule in the early 700s revolutionized Visigothic Spain, bringing with it unprecedented prosperity in agriculture and mining. Commerce with North Africa and the Levant boomed. Luxuries such as silk-worms were introduced, along with never-before-seen crops like apricots, almonds, rice, and sugarcane.

The new wealth it all generated allowed the creation of some of the most striking buildings of medieval Europe.

The Alhambra in Granada is widely recognised as one of the planet’s most beautiful palaces – a collection of serene galleries, courtyards, fountains, and decorated rooms that are largely unrivalled for pure sensual aesthetics. And 80 miles to the north west, the forest of iconic red and white voussoirs of the mosque at Cordoba is among the world’s most photographed religious architecture.

Grandeur was everywhere. The now-destroyed Madinat az-Zahra palace outside Cordoba was sumptuous beyond description. Abd al-Rahman III used to enjoy welcoming visitors to its great darkened throne room, where he would spin a vast bowl of mercury on a central pedestal, while small apertures were opened in the windows to allow choreographed sunbeams to hit the mercury. The result, it is said, was like watching lightning flashing around the dark hall.

But the legacy of Moorish Spain can be measured in more than bricks, tiles, and disco balls.

Seven hundred and eighty one years is a long time — more than three times longer, for example, than the United States of America has existed.

In those eight centuries, many words seeped into European languages from Arabic, with a strong showing in science, the military, and foods — admiral, alcohol, apricot, arsenal, calipers, candy, chemistry, coffee, guitar, jar, jumper, lemon, magazine, mummy, sequin, sofa, spinach, sugar, talisman, and zero. Not to mention the most Spanish of all exclamations: Olé!

But al-Andalus’s largest and most lasting contribution to the world was undoubtedly in the sciences and logic.

The medieval Muslims mapped the sky, leaving our modern museums with hundreds of beautiful and intricately built astrolabes — many signed by their makers in recognition of their skill and status. They also wrote the language of the stars, naming hundreds of heavenly bodies — most famously Betelgeuse, (at least, famous to readers of The Hitchhikers Guide to the Galaxy).

The influence of al-Andalus on western European learning was seismic. And undoubtedly the most impact was felt in the gift of Aristotle.

The West had lost almost all copies of the works of the Greek philosopher, but the Arabs had not. The leading Muslim scholar of al-Andalus, Averroës (1126–98), pored over Aristotle’s writing line by line, commenting on it in detail, and extracting its relevance for modern analytical thought. In no time, Christian scholars piled into the intellectual hothouse of southern Spain, eager to translate Aristotle into Latin.

Aristotle may sound largely irrelevant today. But to 12th-century Europeans, he was the most exciting thing to hit their scriptorium desks for centuries. He described ways of thinking and reasoning that were radical and revolutionary. He was a mesmerising drug that young scholars and theologians scrambled to take intravenously.

The “discovery” of so many works of Aristotle shook Christendom. The cathedral schools and emerging universities of Europe fell madly in love with the pagan philosopher, bent on using his systematic tools of logic and philosophy to reinvent and reinvigourate theology, science, and all existing learning.

So far so good – al-Andalus was a funnel through which knowledge poured one way, adding untold richness to Europe’s largely moribund intellectual life.

But what of the reality of day to day life in southern Spain?

For the last hundred years, there has been a tendency to see al-Andalus as an exotic casket filled with sugar-dusted Turkish Delight. Victorian-era writers and thinkers, most notably Washington Irving, rhapsodized it as a beacon of beauty, learning, and tolerance – a golden age of harmony and civilisation.

Well. No. The reality was more prosaic.

It is true that the scholarship of al-Andalus was unprecedented, and contributed massively to the 12th-century renaissance and the development of Europe. But in al-Andalus, it probably did not exist outside small circles.

Nor was it free of strife. The initial invasion in 711 had been violent, as successful invasions usually are. The conquered people, Christians and Jews, became second-class citizens. They were largely well treated, but not always. For instance, in the early 1000s, the anarchy of the fitnah caused untold suffering for the people across al-Andalus. In 1066, a large number of Jews of Granada were massacred. In 1126, great numbers of Christians were deported by force to Morocco as slaves. And so on. No one should be surprised. This is a similar picture to that of life anywhere in Christendom or the Near-East in the period. Al-Andalus was no more or no less tolerant than a hundred other places.

For most of the period 711–1492, the three faiths rubbed shoulders, but they did not really come to understand each other any better. Perhaps this is nowhere symbolised better than in the sixteenth-century renaissance cathedral crudely hacked into a space smashed right out of the middle of the unending mathematical forest of columns making up the original great mosque at Cordoba. When Emperor Charles V saw the carnage, he emotionally rebuked all concerned: “You have built here what you, or anyone, could have built anywhere. To do so, you have destroyed what was unique in the world.”

The triumph of al-Andalus is that it was not some piece of the Islamic world tacked onto a fully formed and functioning Europe. The knowledge bubbling out of Islamic Spain in science, medicine, mathematics, and logic was a key driving force in shaping a Europe still emerging from the intellectual torpor of post-Roman tribal society. Without the scholarship al-Andalus pumped across the Pyrenees, there would have been no renaissance, no alchemy, no science, no Isaac Newton, no Christopher Wren, no Royal Society.

But the tragedy of al-Andalus is that, when all is said and done, the three cultures largely failed to grow in understanding or appreciation of each other. None seemed interested in looking beyond its own internal concerns.

As the 40-year-old Italian sailor standing watching the handover of Granada in 1492 walked away and into history, I wonder what he was thinking.

His name was Christopher Columbus, and later the same year he set out west on his first voyage.

As the old world of al-Andalus died, and as he weighed anchor to catch the wind for the new world, I like to think that perhaps he hoped we would all do a little better next time.