This is the man who turned Christianity into a global religion. Do you even know his name? 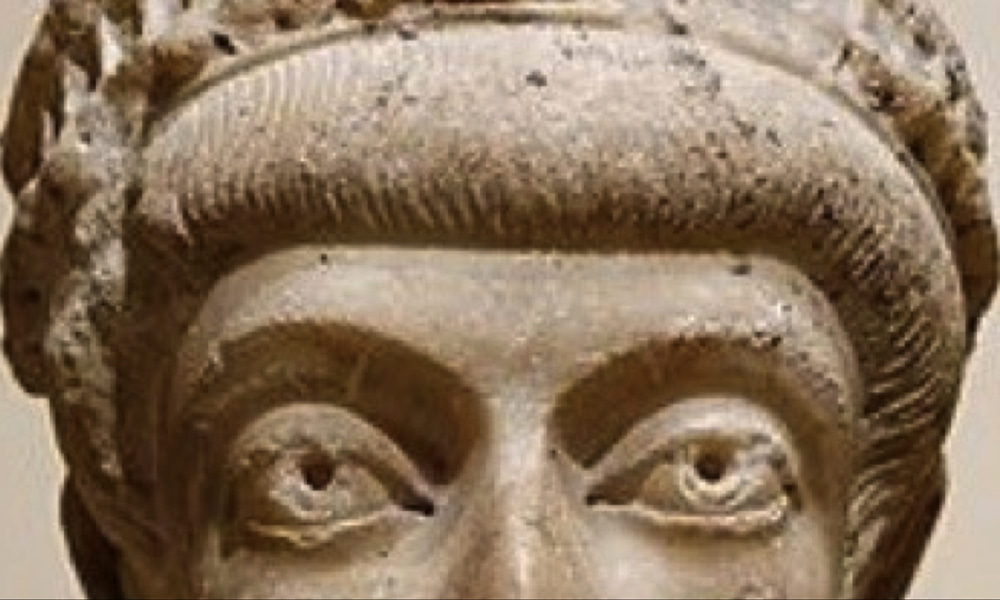 It is an age-old debate.

St Peter? Also yes. Christ built his church upon the rock — so the faithful believe, following the Gospel of St Matthew.

St Paul? Yes again. In first century Galilee, there were no schools for those who farmed, fished, or worked with their hands. St Peter was a simple worker from an agrarian community, and there is no reason to suppose he could read, write, or speak any language other than his native Aramaic.  By contrast, St Paul was a highly educated and literate intellectual. He was a Roman citizen of Cilicia (south-eastern Turkey), and his native language was Greek — which enabled his letters and public speaking to be understood across the vast reaches of the empire. His indefatigable thinking, preaching, and writing unquestionably defined great swathes of Christianity.

Yet in some senses, asking who founded Christianity is a fatuous question. The Greek honorific title Christos (meaning the Annointed One) and the word Christianos (Christian) would have meant nothing to Yeshu’a, which was the Aramaic name Jesus would have answered to. The words were never used in his life time. The first recorded occasion was years later, miles to the north-west in Antioch.

Beyond the words, how many of Christianity’s reported 41,000 denominations would they recognise today? Would any of the buildings, activities, liturgies, theologies, vestments, ecstatic glossolalia, and all the rest be familiar?

Whatever the answer, there is, in fact, one more person to add to this list — and he definitely would recognise the 1.5 billion Catholics and Orthodox Christians alive today. He was not a founder of Christianity. But he was definitely one of its most important figures. Ever.

Flavius Theodosius was born in Spain in AD 347, and one of his two most memorable achievements was to be the last man to rule over both the Western and Eastern Roman Empires.

But his truly lasting achievement was perhaps one of the ten decisions that have most shaped the post-Roman world.

Today, the 27th of February, in AD 380, Theodosius proclaimed Christianity as the official religion of the Roman Empire.

It is our desire that all the various nations which are subject to our clemency and moderation should continue in the profession of that religion which was delivered to the Romans by the divine Apostle Peter, as it has been preserved by faithful tradition, and which is now professed by the Pontiff Damasus … . We authorise the followers of this law to assume the title of Catholic Christians. (Theodosius I, Cunctos populos)

At the time, the empire heaved with colourful temples to everything you can think of. Cicero called the Romans “the most religious people” (religiosissima gens), and the sheer variety of popular cults proves it. Worshippers could find everything from traditional Graeco-Roman deities, the Egyptian cults of Isis, Osiris, and Serapis, the ubiquitous near-eastern mystery religions of Mithras, Cybele, and Attis, and hundreds of others — all spiced up with the usual sacrificial fare and traditional temple prostitutes.

But enough was enough. To reinforce the status of Christianity as the sole imperial religion, Theodosius outlawed all pagan practices.

It was a highly controversial move, and he must have been aware of its enormity.

It is true that Constantine is reported to have fought and won the decisive battle of the Milvian Bridge with the Chi Rho daubed onto his men’s shields. He had apparently seen a vision of the Christian symbol in the sky, along with the Greek words ἐν τούτῳ νίκα (en touto nika, “In this, conquer”), and it had inspired him. Once emperor, in AD 313 he promptly enacted the Edict of Milan to guarantee freedom of religion throughout the empire.

Of the things that are of profit to all mankind, the worship of God ought rightly to be our first and chiefest care. Christians and all others should have freedom to follow the kind of religion they favour. We therefore announce that all who choose Christianity are to be permitted to continue therein, without any let or hindrance, and are not to be in any way troubled or molested. At the same time, all others are to be allowed the free and unrestricted practice of their religions; for it accords with the good order of the realm and the peacefulness of our times that each should have freedom to worship God after his own choice. (Constantine, The Edict of Milan)

Perhaps the drafters of the First Amendment to the American Constitution had this edict in mind, although they expressed their version significantly less eloquently:

Congress shall make no law respecting an establishment of religion, or prohibiting the free exercise thereof.

Constantine did not stop with freeing everyone from religious persecution. In AD 325 he convened, presided over, and paid for the first ecumenical Church council. He held it at Nicaea (modern-day Iznik in Turkey), where it oversaw the resolution of numerous key decisions regarding the early Church and its structure. Yet Constantine did it all while still a pagan and pontifex maximus, or head of Rome’s pagan priesthood — a role he officially retained until his death, even after his personal conversion to Christianity late in life. Theodosius was, unsurprisingly, the first emperor to abandon the priestly title, which in time migrated across to the pope.

Today, Christianity has 2.2 billion followers (32 per cent of the world’s population), making it by far the largest, and most evenly spread, religion on the planet. Islam is next at 1.6 billion (23 per cent), followed by Hinduism at 1 billion (15 per cent).

Theodosius is perhaps more responsible for the massive spread of Christianity than either St Peter or St Paul, for the simple reason that religions and their denominations benefit from political backing to light the afterburners and tear free from the pack. This should come as no real surprise — it is how human society generally works.

We have even seen it in England. In the late middle ages, Lollards and the occasional disgruntled theologian grumbled on and off. But it took almost a century of the sheer absolutist power and political resolve of the Tudor monarchs to carve a new church into the ages-old landscape of England.

The same union of religion and politics can be seen elsewhere, too.

Muhammad ibn Abd al-Wahhab (1703–92) was an Islamic preacher and reformer who wished for a simpler form of Islam that better reflected early practice. In many ways, he was the equivalent in Islam of those medieval Catholics who sought the apostolic life of the early desert fathers, or the later Protestant reformers of Europe who strove to take the Church to a perceived former simplicity. Abd al-Wahhab’s ideas were powerful, but they truly became globally significant after they were endorsed and promulgated by Muhammad ibn Saud, whose legacy has shaped the modern state of Saudi Arabia, and whose influence can be felt throughout the Arab world.

Therefore, when Theodosius adopted Nicene Christianity as the imperial religion in AD 380, he set a precedent whose impact is now felt globally. For as the Roman Empire in the West fell, the monarchs who were to fill the void in Europe for the next millennium and a half largely kept Christianity as their state religion. And when they conquered and colonised, they took their religion with them.

Unlike ancient Rome, we no longer exterminate those who profess other religions.

So as Prince Charles ponders becoming Defender of the Faith (a title first given to Henry VIII by Pope Leo X, but then revoked and now conferred by Parliament instead), he has a few questions to consider.

What does it mean, historically, to defend the faith? Henry VIII was given the title in recognition of his most Catholic written refutation and execration of what he saw as Luther’s pernicious heresies. Henry wrote up his passionate arguments in a book he nattily entitled Defence of the Seven Sacraments, which he dedicated to the pope.

That is what it meant to defend the faith in the early 1500s. But what does it require now? In the 21st century, is Defender of the Faith an honorific title, or does it mean something more?

And equally as important, should the Defender of the Faith choose to be a Constantine or a Theodosius? Should he rule over a realm in which he protects his subjects’ freedom to practise a religion of their choice, or should he defend only the state religion?

Prince Charles has made his position clear. He will be the Defender of Faith. Happily the Latin, fidei defensor, does not change with the loss of the definite article.

He has history on his side. For it is interesting to note that everyone has heard of Constantine the Great’s religious toleration — but, for all his seismic historical importance, how many remember Theodosius I?

[Note: the photograph at the start of the article is actually Theodosius II, but this is how the article was first published.]