The Vikings Were No Worse Than The Anglo-saxons. Let’s Celebrate This Rich Immigrant Culture 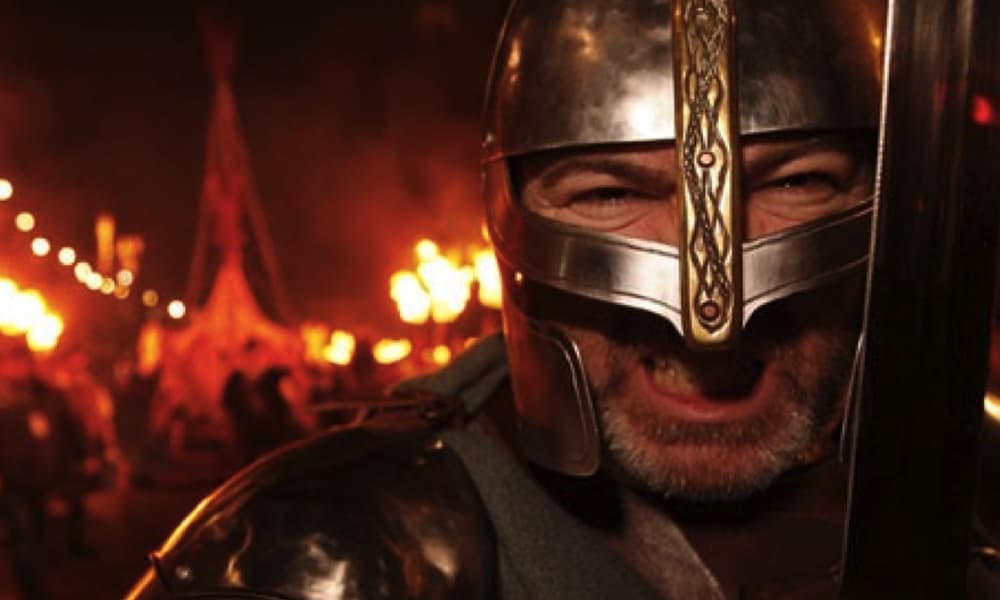 For the last few centuries, the Vikings have been enjoying a European revival.

The composer Richard Wagner was in the vanguard, burying his unfathomably brilliant head deep into the Norse Eddas, mining the stories for material to build the Ring Cycle.

Around him, at the same time, fledgling neo-pagan groups surfaced in smoky upper-rooms, dusting the centuries of abandon off Thor’s great hammer, Mjöllnir.

Following directly in this tradition, in Scandinavia today, armies of forked-bearded fans of Viking heavy metal can be found chanting along to thundering music hyping the axe-wielding heroes of Norse myths and sagas.

And along the way, we have seen almost everything in between – from the elite Wiking Fifth Panzers of the Waffen SSto modern light relief like Hägar the Horrible and How to Train Your Dragon.

In March this year, the British Museum is hosting its first major Viking exhibition for 30 years: Vikings. Life and Legend, spotlighting many exhibits never before seen in the UK, and drawing on the vast amount of more recent Viking scholarship.

Although the Vikings are at times increasingly presented as slightly comical figures, no one was laughing in late 700s England.

Take Alcuin. He was a Yorkshireman. Perhaps he is not so well known now. But he was, once.

At a time when there was not a great deal of learning about, his brilliance shone out, winning him an invitation to set up a school for Charlemagne, king of the Franks.

Once at Charlemagne’s court in Aachen, he ripped up the dreary text books and started his royal pupils studying English humanism.

In AD 793 he wrote a letter to his friend, Bishop Higbald, in Northumbria:

The pagans have contaminated the sanctuaries of God, and have poured out the blood of the saints round about the altar.  They have laid waste the house of our hope, and have trampled upon the bodies of the saints in the temple of God like dung in the street.

Surprisingly, he was not sending Higbald news of some distant calamity, although the language is almost identical to that used on the eve of the First Crusade three centuries later.

No. Alcuin was describing something that had happened in his native England — in Bishop Higbald’s own diocese.

The Anglo-Saxon Chronicle also described the event, but preceded it with some quality harbingers of doom:

This year dire forwarnings came over the land of the Northumbrians, and miserably terrified the people; these were excessive whirlwinds, and lightnings; and fiery dragons were seen flying in the air. A great famine soon followed these tokens; and a little after that, in the same year … the ravaging of heathen men lamentably destroyed God’s church … through rapine and slaughter.

Longboats from Scandinavia beached on the small two-mile-square Northumbrian island of Lindisfarne and sacked the world-famous priory that had painstakingly produced the exquisite Lindisfarne Gospels less than a century earlier.

There had been Viking raids to England before, of course. But nothing on this scale.

And from that moment on, it was only going to get worse. For the next 300 years, the history of Britain and of the marauding Scandinavian seafarers would be inseparably intertwined.

Nowadays, everyone calls them Vikings. But it is not, in fact, a racial description. The Scandinavians of Denmark, Norway, and Sweden were farmers. But when the men — and it was only ever men — went off looting, they were “going on a viking” (farar i vikingr). In other words: pirate raiding.

After some 70 years of harrying Britain in amphibious hit-and-run raids, the Vikings stepped up a gear and decided to invade properly, sending armies from Norway and Denmark to conquer parts of England, Ireland, and Western Scotland.

As the Vikings never did anything by halves, their conquests were so successful that the legacy can still be felt tangibly today — in social structures, in place names like Cawdor, Fishguard, Grimsby, Keswick, Thurso, and hundreds of others, and even in first names like Eric, Garth, Howard, and Ivor.

But Viking expansionism was not just about Britain. The indefatigable wanderers went virtually everywhere on the map. And beyond.

American schoolchildren still sing, “In fourteen hundred ninety-two, Columbus sailed the ocean blue.” But what the classroom ditty misses is that in c. AD 1000, the Icelander, Leif Ericson, was off on a spot of vikingr when he stumbled into the New World. Newfoundland in Canada, to be precise, which he named Vinland.

Having rooted around a bit, it seems he was largely unimpressed with his discovery, perhaps at modern-day L’Anse-aux-Meadows. Anyway, he soon packed everything up and headed home, where he did not make a great deal out of his voyage once he got back.

Columbus, in fact, never even reached North America — he only found the Caribbean and northern Venezuela.

Leif Ericson’s low profile in the history books is a spectacular injustice. He was happily running around in North America a full five centuries before Zuan Chabotto (sponsored by King Henry VII of England), who is widely credited as the “first” European to set foot there.

But the Scandinavians did not only go on vikings to the west. They struck east, too – where they soon set up lucrative trading routes with Russia, and even found good money as bodyguards to the emperor of Constantinople.

Yet perhaps the most extraordinary of all Viking adventurers was Sigurd I Magnusson “Jórsalafari” (Jerusalem-farer), king of Norway. On pondering the news that Latin Crusaders had seized Jerusalem in 1099, Sigurd jumped into his longboat and led a flotilla to join in. After a winter stop in England, he set sail properly. Pausing only to loot in Spain, al-Andalus, Formentera, Ibiza, and Minorca, he made his final landfall in Sicily before drawing up his longboats at the crusader port of Acre. King Baldwin I of Jerusalem was mightily impressed, and Sigurd willingly accepted a royal invitation to join in the successful siege of Sidon (now in Lebanon). Baldwin was so thrilled with his new best friend that he had a piece hacked off his favourite relic, the True Cross, which he presented to a delighted Sigurd in thanks.

Needless to say, Sigurd was never one to take the easy option. When he again felt restless, he left King Baldwin and sailed to Cyprus, then caught the winds up through the Aegean and on to Constantinople. Maybe tired of sailing, or perhaps merely looking for a new adventure, he gifted the emperor all his boats, then rode and walked the two thousand miles home to tell the astonishing tale of “Sigurd the Crusader”.

Alcuin, I suspect, would have approved.

Yet, thanks largely to the heavy dollop of romanticism accompanying the 1800s revival in Viking studies, the roving Scandinavians are universally now seen as barbarous savages — good for nothing but rannsaka and slátr.

In fact, this view could not be more wrong.

It cannot be denied that they were quite spectacularly violent. But they did not have a monopoly in treating life cheaply. The British Museum’s exhibition will highlight a recently excavated mass grave in Dorset where a group of Vikings had been summarily executed by the locals. And anyone who wants to read the medieval chronicles will quickly find good old British warriors also looting monasteries and villages, mutilating and hacking apart anyone who got in their way. Extreme and random violence was part of day-to-day life. Even allowing for exaggeration in the chronicles, no one can overlook the many mangled, brutalized, and decapitated bodies in early medieval graves, or even the poor souls it seems were buried alive.

But leaving bloodlust aside, the Vikings were far from being ignorant, unclean, and boorish.  In fact, they were rather advanced.

For a start, they were highly literate. Great stones carved with jagged Tolkienesque runes (called futhark) carpet Scandinavia, some going back as far as the AD 300s.

There is more traditional writing, too — especially in the Eddas and Skaldic poetry, whose sophisticated forms record and preserve the wondrous mythology of the Nine Worlds hinging around the cosmic tree, Yggdrasil.

As for the idea the Vikings were unkempt and unwashed, the truth is the polar opposite. Archaeology reveals endless combs, tweezers, razors, earwax scrapers, and other grooming items. They used special strong soap for cleaning and bleaching their hair blond. And the grubby Anglo-Saxons, for whom an annual wash was excessive, could not believe that the Vikings bathed religiously every weekend. (The Old Norse word for Saturday literally meant “washing day”.)

Finally, anyone who thinks that all the Vikings did was get Mjöllnired on mead and break things needs to pay an urgent visit to the Gold Room at Stockholm’s Swedish History Museum, where the eye-popping complexity of the silver- and gold-work is up to the highest standards of anything made by anyone in any period.

So, it is time to rehabilitate the Vikings.

Their classic warrior brew of tribal loyalty and vengeance for wrongs was no more nor less barbaric than that of the contemporary residents of Britain.

Back in the 700s, on the eve of the Viking sack of Lindisfarne, the Anglo-Saxons in England were still praising the Vikings to the rafters of their wooden halls. One needs look no further than the highpoint of Anglo-Saxon epic poetry, Beowulf. It is a paean to Danish and Norwegian warrior values: 3,182 lines of celebration extolling the heroic deeds and hearts of their Viking cousins.

The truth is that there was not a lot separating the Anglo-Saxons and the Vikings. Their backgrounds and warrior cultures was very similar, not least because many of the original Anglo-Saxon invaders came from the exact same lands — “beyond the whale-road”, as the North Sea is so magically described in Beowulf.

The Viking invasions only strengthened these ancient ties.

In the 1000s, England had four Danish monarchs. The last Anglo-Saxon king to follow them, Harold II, was half-Danish. And William the Conqueror, who defeated Harold at Hastings and changed everything again, was himself more Viking than French. He was directly descended from Rollo the Danish Viking, who had invaded and settled northern France with his Norsemen, whom the centuries had not-so-quietly turned into the Normans.

So, one way or another, it is time to give the Vikings back their magnificent and rich history, their unparalleled adventurousness, their beautiful runes and writing, their exemplary hygiene, and their preeminent place in our national history. They are clearly one of our many minority groups who need a bit more understanding.

So, roll on the British Museum’s exhibition. Let’s hope it’s a barnstormer the Vikings would have been proud of.