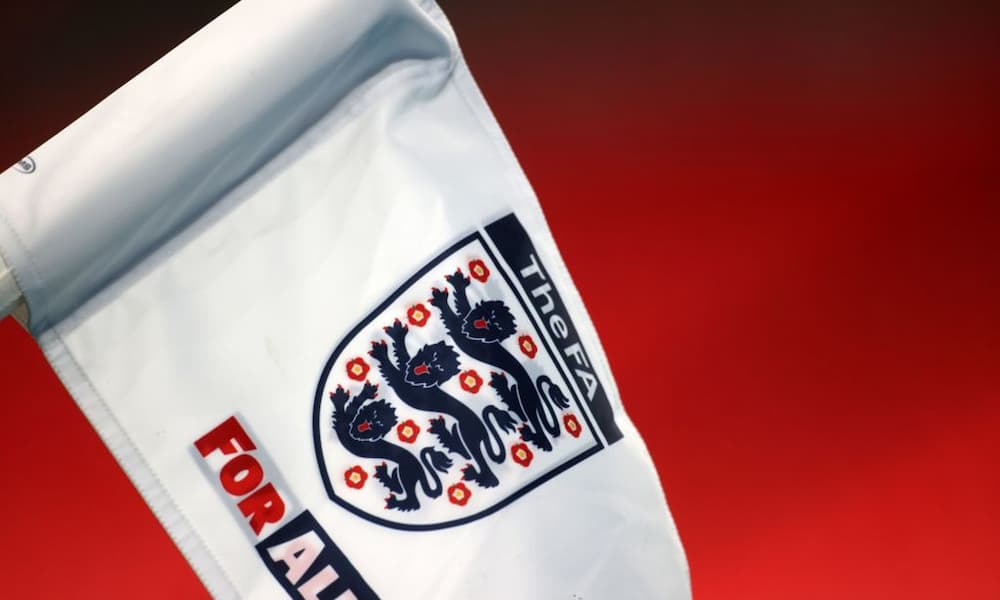 English lions went extinct 12,000 to 14,000 years ago. So why will eleven Danish men – each dutifully sporting the ‘DBU’ roundel of the Danish Football Association – be facing tonight 33 embroidered images of panthera leo on the shirts of the England team?

The answer has nothing to do with football, or any other sport in which the men and women of England’s national teams bear the three lions. It is, in fact, a throwback to the medieval battlefield, and the system of identification that allowed heralds to walk among the dead once the frenzy was over and catalogue the fallen.

Military insignia are ancient. As early as the Bronze Age, armies distinguished themselves with recognisable devices. Famously, Roman legions marched under vexilla standards decorated with an identifying image such as a bull, bear, centaur, eagle, elephant, thunderbolt, wolf, or specific god or goddess. Other ancient armies did the same.King Richard clearly liked lions far more than he did England, which he barely visited

In the oldest depictions of medieval European warriors, their shields are usually plain. But towards the end of the Early Middle Ages, combatants began decorating their shields with patterns and animals, as seen on the Bayeux Tapestry. And, within a few generations, the noble families these warriors came from began adopting their shield ornamentation as the insignia of their houses.

Roman legions had used the lion as their symbol, and so did Vikings and noble families across medieval Europe. The association with England’s crown began with a pure-blooded Frenchman, Count Geoffrey ‘Plantagenet’ of Anjou, husband to William the Conqueror’s granddaughter: Empress Matilda. Geoffrey died in 1151 leaving a tomb effigy depicting him holding a shield with six gold lions on a blue background. When Geoffrey and the Empress Matilda’s son – the indefatigable King Henry II – restored England’s fortunes after the civil war between his mother and the usurper, King Stephen, he began using one or two lions as his insignia. So did his son and successor, Richard the Lionheart, whose first great seal shows one lion rampant (standing). The seal only depicts half Richard’s shield, as he is facing sideways, making it likely there was a second lion on the other half of the shield facing the first lion, probably fighting with it.

Richard clearly liked lions far more than he did England, which he barely visited, spending most of his time fighting in the crusades and in France. After experimenting with his insignia, he eventually came up with a set of three lions passant (striding across the shield) and guardant (faces turned forwards). The earliest depiction of this arrangement is on his great seal of 1198, which depicts him galloping on horseback, sword drawn and aloft, carrying a shield emblazoned with the recognisable three prowling lions of England.

Richard’s brother, John Lackland (also ‘Softsword’ to some sniggering courtiers) originally had two lions on his shield but, on acceding to the throne in 1199, he adopted Richard’s three lions passant guardant, effectively confirming them as the royal arms of England. By now the colour scheme was also settled, with the lions depicted or (gold) on a background gules (red).

To confuse things a little, Henry II, Richard I and John were all Frenchmen who happened also to rule England. Their culture and language were French, and so was their heraldry. To a medieval French herald, an armorial lion was only a lion if it was standing on its hind legs. By contrast, if it was walking, it was a leopard. As the English kings were French, their heraldic animal was arguably a leopard. However, it has long been tradition among English heralds that whatever the Anglo-French ambiguities in terminology, the pack of animals on the royal arms of England are lions.

So when the whistle blows at 8pm tonight at the leah (a forest clearing) of Wemba (an Anglo-Saxon first name), the 33 lions passant guardant on England’s shirts carry more than just the singular 157-year history of the Football Association. They are part of England’s ancient machinery of war, and go right back to the battlefields which forged the shape of medieval Europe and the near East.Dominic Selwood is author of Anatomy of a Nation. A History of British Identity in 50 Documents (published on 23 September 2021)WRITTEN BYDominic SelwoodCommentsShareTOPICS IN THIS ARTICLEPoliticsSocietyThree LionsEnglandEuro 2020Euro 2021

TRENDINGMeghan MurphyJustin Trudeau isn’t the progressive leader he thinks he isIt came as no surprise to me to see activists ‘celebrating’ Canada Day by setting fire to churches and toppling statues of Queen Elizabeth and Queen Victoria, while chanting, ‘No pride in genocide.’ Canada has managed to cultivate a culture that is simultaneously self-hating and self-righteous. We have no pride in being Canadian. Yet we are confident we are better than everyone else. It is true that Canada has a shameful not-so-distant history.

Join the conversation with other Spectator readers. Subscribe to leave a comment.SUBSCRIBE Try a month free

This is 1 of 1 free articles as a guest

Register now for more of The Spectator…