New Year’s Day is too soon after Christmas. Lets move it back to its proper place – in March 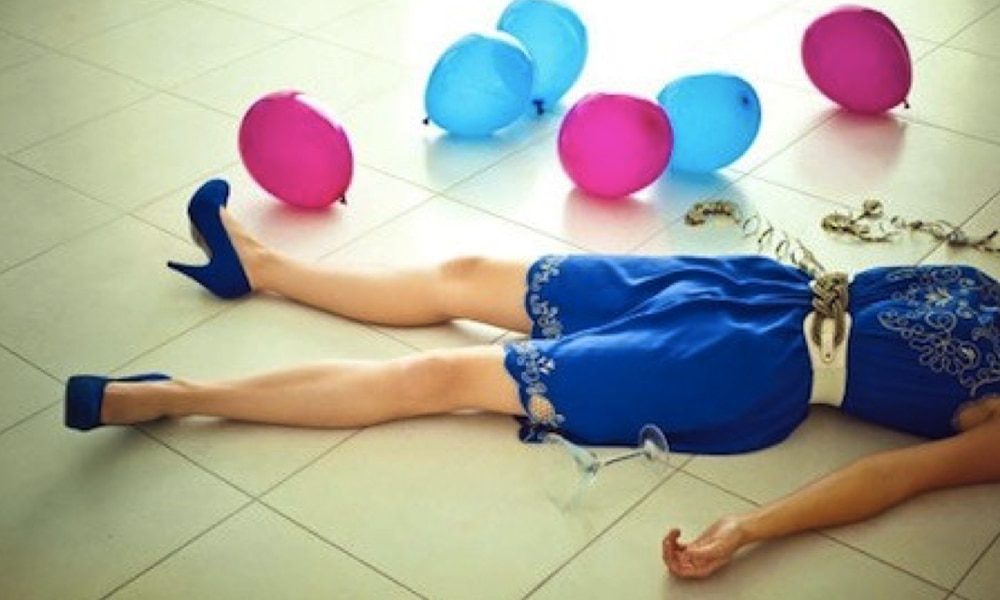 Between now and New Year’s Eve, you’re going to hear a lot of people saying, “It’s all too much, really.”  They will look fatigued and wan as they explain: “It’s the same every year. No time to recover from the Christmas liver-lashing before the onslaught of New Year’s Eve.” Or words to that effect.

Well, I have a solution. We should campaign to move New Year’s Day back to where it always was, from just after the time of William the Conqueror up to George II’s day. For almost 700 years (arguably pretty full ones, stuffed with wool, wealth, monasteries, renaissance, empires, and so forth), the Brits managed to achieve quite a lot. And they did it with a New Year’s Day at the end of March.

The bloke who changed it all was Philip Stanhope, 4th Earl of Chesterfield. He began in the Commons as member for St Germans (a rotten borough in Cornwall), but ended up taking his seat in the Lords, from where he sponsored a bill that changed everything. Chesterfield’s Act, or The Calendar (New Style) Act, was passed by Parliament in 1750, and it had two main purposes.

The first thing was a Good Thing, correcting 170 years of silliness. Everyone knows that in 1752 England lost 11 days. People went to bed on the evening of the 2nd of September and awoke, troubled, on the 14th of September. Well, that was Chesterfield’s doing. There probably were no rioting crowds baying “Give us back our 11 days,” but the calendrical leapfrog (see below) must have been unsettling.

By finally pushing through the Gregorian calendar reform, Chesterfield was only acknowledging that England was very late in being modern. After all, the Julian calendar England was using at that time had been introduced in 46 BC by Julius Caesar. Unsurprisingly, by the late 1500s, it was clear that it had certain limitations. Of most concern — at least, to the people who were concerned about such things — was the fact that Easter was no longer falling where it was supposed to.

Way back in AD 325, the First Council of Nicaea (a pleasant place in western Turkey) had tied Easter to the Sunday following the first full moon on or after the spring equinox. Back then, the spring equinox fell around the 21st of March. However, by the late 1500s, the equinox was popping up around the 11th of March, and the following full moon was not behaving either. An Italian astronomer named Luigi Lilio finally sorted out the baffling tables of epacts and intercalary years, and made a calendar reform recommendation to Pope Gregory XIII in Rome.

The pope duly handed the whole thing over to a special papal Calendar Commission under a German Jesuit mathematician named Christopher Clavius. When the Commission had finished fine-tuning the details, Pope Gregory XIII announced the new calendar to the world on 24th of February 1582. He did it in the bull Inter gravissimas, which chopped 10 days out of October 1582, thereby resetting the equinox and full moon, and also implementing a more accurate system for leap years to keep things under control going forward. Lilio, Clavius, and the team had clearly got a lot of it right (50 years before Galileo) as, over 400 years later, their calendar — the Gregorian calendar — remains the most widely used in the world.

But nothing is ever simple. Europe fractured into those countries which adopted the new calendar, and those which decided it was all too papist.

In England, of course, it did not go down well. By 1582, Queen Elizabeth I was coming up for a quarter of a century on the throne.  Religion was a flashpoint issue, and she offered zero tolerance on anything with a whiff of Rome. When news of Pope Gregory’s calendar reached her court, the science behind it was widely admired by her foremost cartographer, astronomer, and scientific adviser — Dr John Dee (who managed to serve pro- and anti-Roman monarchs with equal zeal). Despite his later reputation as conjuror, magician, and occultist — the dividing line between these activities and science was yet to be firmly drawn — he was a brilliant scientist, whose maps and navigational calculations lay behind many of the boldest voyages of the Elizabethan period.

However, Dee was unsuccessful in persuading Elizabeth’s court to adopt the new calendar.

Instead, the implementation of the Gregorian system in England was lost in the twists and turns of politics, where it remained until 1752, when it finally got through parliament. Happily, England was not the slowest in Europe. Greece took until 1923 to introduce the “new”’ calendar. So, Chesterfield’s Act implemented long-overdue reforms, and that is a cause for congratulation. However, it additionally did something that was perhaps not so good, although it had also been part of Pope Gregory’s 1582 reorganisation.

It moved New Year’s Day. Since the late 1000s, New Year’s Day was widely celebrated across Latin Christendom on the 25th of March. Before that, European New Year festivities were a haphazard affair, frequently changing as different popes honoured their native traditions. Some pontiffs insisted on the 25th of December (Nativity style). Others plumped for the 1st of January (Circumcision style). The remainder preferred the 25th of March (Annunciation style). From the time of Pope Gregory VII onwards (1085), it all settled down, and Annunciation style became the norm, marking the day the Angel Gabriel visited the Virgin Mary and told her she was expecting a little miracle.

However, even though Chesterfield’s Act finally pushed Lady Day off the calendar after 700 years, it still survives if you know where to look. For instance, rents due under many old land contracts are still payable on Lady Day, as well as on the three other Quarter Days: Midsummer (the 24th of June), Michaelmas (the 29th of September), and Christmas (the 25th of December).

But perhaps more relevant: the start of the annual tax year on the 6th of April is where old Lady Day (the 25th of March) falls in the modern calendar if the missing 11 days are added back in. So, perhaps those with a love of English tradition may like to return to Lady Day for our New Year celebrations? But what will we do on New Year’s Day? We can’t just do … well … nothing.

Even in medieval England, the 1st of January was still celebrated, just as it always had been in antiquity. In Roman times, the 1st of January (the kalends) was the day when the year’s new consuls took up office, and gratefully sacrificed bulls to Jupiter. It therefore quickly became a sacred day marking the start of a new civic year. As a result, it was also chosen for important events.

For instance, when the Roman Senators decided to deify Julius Caesar, they chose the 1st of January 42 BC. In time, the January kalends became the largest of the annual Roman festivals, reaching all across Europe and spanning several days of present-giving, feasting, singing, dancing, and sacrifices. So it should be no surprise that when the Church turned the 1st of January into the serious and sober feast of Jesus’s Circumcision (on the octave after his birthday at Christmas), the good people of England and France decided they were going to have a party anyway.

There are many medieval records of the bawdy and “damnable”’ Feast of the Fools, which took place on a range of days, but most commonly on the 1st of January. The grumpy theologians of the University of Paris even described it for us:

Priests and clerks may be seen wearing masks and monstrous visages at the hours of office. They dance in the choir dressed as women, panders or minstrels.  They sing wanton songs.  They eat black puddings at the horn of the altar while the celebrant is saying mass. They play at dice there. They cense with stinking smoke from the soles of old shoes. They run and leap through the church, without a blush at their own shame. Finally they drive about the town and its theatres in shabby traps and carts; and rouse the laughter of their fellows and the bystanders in infamous performances, with indecent gestures and verses scurrilous and unchaste.

At times it also seems to have been mixed in with the tradition of electing a boy chorister to replace the bishop for a while at this time of year, commonly starting on St Nicholas’s day (the 6th of December). They dressed the boy in mini bishop’s clothes and let him run the cathedral. In recent decades, many English cathedrals have resumed this medieval tradition.

In Salisbury, there is even a medieval stone effigy of a child bishop. Although modern killjoys insist it commemorates an adult bishop’s internal organs, tradition has always maintained it is the resting place of a boy bishop who died during his short period in office. Experts still argue whether the Feast of the Fools was a survival from pagan times or a medieval invention. Still, whatever the origin of the revels, they were for many centuries traditional folk parties.

So, moving New Year’s Day back to the 25th of March would allow us to celebrate the new year at a time when things really do feel new. Spring will be on the way with all the optimism that brings. And we can save ourselves the dietary hara-kiri of Christmas and New Year’s Eve falling a week apart. However, for those who need a cup or two on the 1st of January, let’s invite them to institute and celebrate a modern Feast of the Fools, which no doubt their ingenuity will soon turn into something richer and more interesting than tipsily singing Auld Lang Syne while watching Big Ben on television.

Now that Pope Francis has had a while to get his feet under the table and his nose into some of the historical manuscripts in the Vatican’s collection, I think it’s time we asked him to call another Calendar Commission.