King Richard III: these bones may not be his – but if they are, they deserve a Catholic burial in York 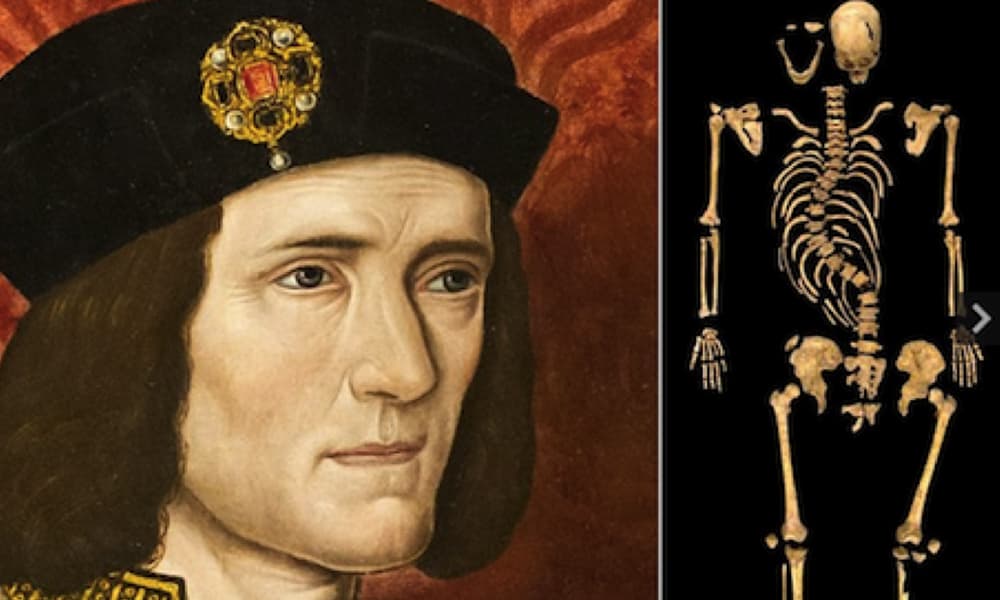 When Richard III was hacked to death in rural Leicestershire in 1485, the royal House of York fell, bringing an end to the Plantagenet line that had lasted for 16 kings and 331 years. Many people see his death as the end of the English middle ages.

Despite this country’s ancient legal system, the courts do not often get to deal with real history, although they make many historic decisions. Yet the ruling of the High Court last Friday truly made history, as three judges decided that Richard III should be buried at the scene of his violent defeat, and not in York.

One side is always unhappy after a court hearing. And in this case those who sponsored York Minster may have more to be sore about than most.

The High Court acknowledged the case has “unprecedented” and “unique and exceptional features,” but nevertheless went on to give a rather bland ruling supporting Chris Grayling’s decision to leave the matter of reburial in the hands of the University of Leicester team running the excavation. In doing so, the court treated the hearing as a straightforward matter of public law, and affirmed that the government had been under no duty to consult widely before handing the responsibility over to the University of Leicester.

Many would say that the exceptional nature of the case offered an opportunity for some more lateral judicial thinking. Although it is tradition that exhumed bodies are buried in the nearest consecrated ground, the fact the remains are those of a monarch could be seen to take the case into exceptional territory, where wider considerations are at play.

For example, shortly before his death, Richard endowed a colossal college of 100 chantry priests at York Minster, and, by the time he died, six altars had already been built for them there. The clear inference is that Richard wanted the Minster to be where he would be remembered, and where his soul would be prayed for.

History and legacy mattered to medieval monarchs. Their actions, even the less obvious ones, were intended to make statements to reinforce their dynastic power. York Minster is an ancient foundation, home to the throne of the second most senior churchman in England. There has been an Archbishop of York since at least the seventh century. For Richard, a scion of the house of York, the Minster was an obvious place to fuse the sacred and secular, binding royal and church power together in one of England’s most venerable religious buildings. By contrast, Leicester Cathedral, although a lovely building with a long tradition of worship on the site, was a parish church until 1927 when it became the city’s cathedral. Although there was a church there in Richard’s day, it does not have the dynastic associations that Richard was clearly building with York.

There is the possibility of a technical appeal from the High Court’s ruling, of course, but it would require a point of law to be raised rather than just a repeat of the factual arguments, and it would have to be lodged within the next three weeks. That said, even in the absence of an appeal, the popular debates around Richard’s reburial are by no means over, as many issues still remain to be resolved.

For a start, senior and experienced archaeologists are not as confident as the University of Leicester team that the bones really are those of Richard III. The excavation field records have not yet been made public, so independent scholars have been unable to form their own definitive views. Although the University of Leicester team said they were confident “beyond a reasonable doubt” that the remains are Richard III, others are less sure.

Was the DNA test good enough? The question here is that mitochondrial DNA is not especially accurate in these circumstances. The DNA found in the car park bones could also match anyone descended in the female line from Richard’s mother or her sisters. And as we do not know how many bodies were interred in the same place, it cannot be said who else was buried near him. A more exact DNA test for the bones could be found by taking a sample from his older brother, Edward IV, currently in St George’s Chapel, Windsor.

Then there are concerns about the bones themselves. Many battle skeletons from the period show significant trauma, and in this case there is a suggestion of additional damage done to the skeleton as the car park was dug up. Together, these complicate the picture, as does the question of the “scoliosis” (bent spine), which remains unsettled.

Beyond these technical questions of identity, there are also contentious issues around the arrangements for his reburial at Leicester cathedral.

The cathedral’s current proposed tomb design — a plain grey slab with a simple thin cross incised into it — has spectacularly underwhelmed many people. Alternatives are now being drawn up, but finding consensus is still a long way off.

Until his reinterment, there is also the issue of what happens to his remains. Part of the reason for the exhumation was to give him a more decent and fitting resting place. However, since September 2012, he has lain in bags and boxes in Leicester University.

And finally, the question of the liturgy is also set to run. As the old joke goes: Q. What is the difference between a terrorist and a liturgist? A. You can reason with a terrorist. Leicester cathedral has diligently teamed up with an expert medieval musicologist, who has painstakingly uncovered and proposed the finer details of prayers and music appropriate to a 15th-century reburial. However, strong feelings which go beyond the musical arrangements have been expressed in many quarters, including in an online petition, and by Dr John Ashdown-Hill, the historian who led the excavations. These views reflect a conviction that Richard should have a Roman Catholic ceremony that respects the faith in which he grew up and died, and which is honest to what his wishes would have been. Leicester Cathedral will certainly have their hands full trying to reconcile Richard’s pre-Reformation religious beliefs with the Church of England ceremonies they are permitted to conduct.

The reinterment is scheduled for next spring. Until then, despite the High Court judgment, this medieval drama is by no means over.