King Alfred was a Roman Catholic. Let’s bury him in Westminster Cathedral 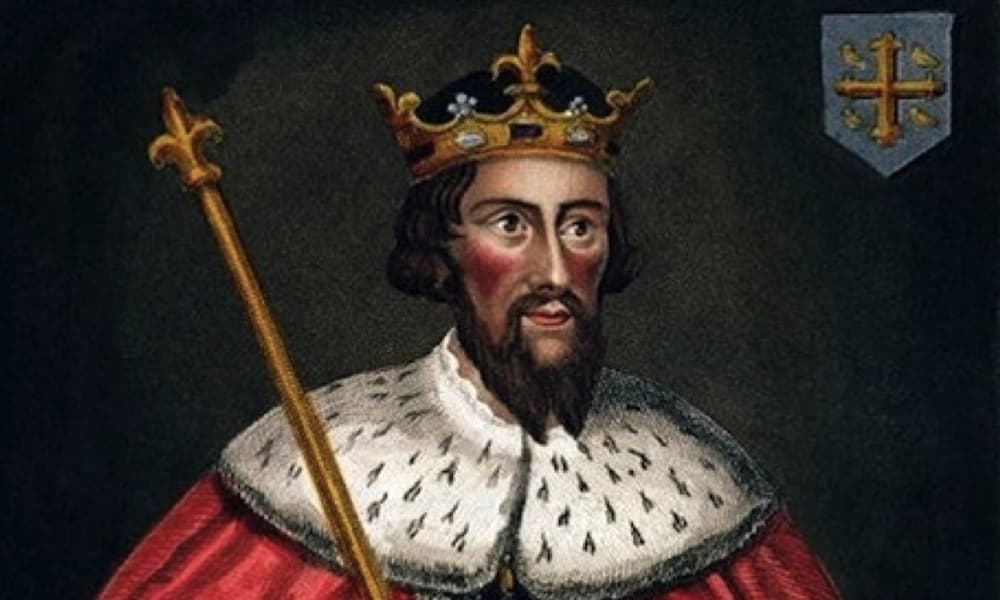 Royal archaeology is again all over the news, and excitement is mounting.

A piece of male hip bone (the right os coxa, to be precise) is no longer languishing in a dreary cardboard box in Winchester’s City Museum, but is suddenly in the spotlight.

Experts are now saying that it might be the only known fragment of one of England’s wisest, most dynamic, and illustrious kings – Alfred the Great.

Unlike the recent unearthing of Richard III, the Winchester hip bone was not triumphantly prised from the ground in front of the world’s media. Instead, it was quietly excavated 14 years ago by a community dig. But, owing to a predictable lack of funds, it was boxed up alongside a mixed bag of human and animal fragments, and ignored.

Now two things have recently catapulted it onto the front pages.

The first is the result of carbon dating. The people in white coats have said that the hip’s owner died around AD 895–1017. In other words, he was an Anglo-Saxon.

The second is where the bone was found.

Winchester’s famed Hyde Abbey was razed to the ground in the Reformation. The agents of Thomas Cromwell (yes, the nice man from Wolf Hall), wrote to him in September 1538 to say they were successfully ripping the place up with their own hands.  Thomas Wriothesley (yes, the nice man from Wolf Hall) reported to Cromwell that he had looted around 2,000 marks of silver, and was happily engaged in smashing up the altar and sweeping away “the rotten bones”.

In fact, he and his band did such a comprehensive job of levelling the place that when the antiquarian John Leland visited the following year, he found nothing left. All he could laconically record was, “in this suburb stood the great Abbey of Hyde”. Unsurprisingly, by then the abbey’s annuities were flowing nicely into Wriothesley and Cromwell’s pockets. (Just so there’s no mistake, Wriothesley’s star was on the rise, and plundering Hyde Abbey was a super career move for him. He was a loyal Cromwellite, duly repaid for his efforts with large chunks of land stretching from Winchester to Southampton. At court, he was noticed and even given a spin as Lord Chancellor, a position which allowed him to enjoy personally turning the handle during the vicious racking of the early English poet Anne Askew, the only woman ever to be tortured in the Tower. I digress.)

In the succeeding centuries, any bodies at Hyde Abbey lucky enough to have survived Wriothesley’s ransacking were despoiled and scattered as the remaining coffins were ripped open and stripped of their lead and anything else of value.

But, despite all the desecration and grave-robbing, Winchester’s Anglo-Saxon hip bone was nevertheless dug from the area of the abbey’s great High Altar, where Alfred and his son, Edward, were known to have been buried and honoured until the arrival of Wriothesley and his hired pick axes.

No one can say for sure whether the Winchester bone belongs to King Alfred, King Edward, or someone else. DNA testing requires a relative, and that is a significant problem.

Queen Edith (Eadgyth, AD 910–946) is undoubtedly the best match. She was Alfred’s granddaughter by Edward, and went off to marry Otto I, Holy Roman Emperor. Her bones, the oldest known English royal remains, are still buried at Magdeburg Cathedral some 70 miles west of Berlin. Although recent tests have proved the entombed body is almost certainly her (the tooth enamel shows regular quaffing of chalky Wessex water as a girl), the remains are sadly not well enough preserved for DNA analysis. So the search is still on for DNA that could confirm whether the Winchester bone is a match for Anglo-Saxon Wessex royalty.

Which brings us back to the main challenge. If the Winchester hip is shown to be King Alfred, then where and how do we rebury it, along with any other parts of him that surface? What would be an appropriate setting for the reinterment of one of England’s most accomplished kings?

The current tug of love over Richard III’s remains is instructive. Leicester has him, but York is making a serious late bid, putting the whole thing through a rather sensational High Court judicial review. Meanwhile, quietly in the background, an Oxford medieval musicologist is painstakingly building a liturgy from a 1475 reburial service.

So where does this leave Alfred?

Well. Here’s the thing. The royal house of the West Saxons was traditionally laid to eternal rest in their capital, Winchester.

However, although reinterring Alfred in Winchester Cathedral alongside some of his family (not to mention Canute, Harthacanute, Emma, William Rufus et al) would ring all the bells of that ultra-historic royal city, the centuries have elevated Alfred into a bigger figure. He is now celebrated as a king “of England” (despite the large independent Viking kingdom militarily occupying everything east of Watling Street). And, quite uniquely among English monarchs, he glories under the qualifier: “the Great”.

There’s no doubt he has become a national treasure.

Realistically, what this all adds up to for his reburial, what with national pride, tourism, and everything else, is London.

But if we’re going to do it properly this time and honour his remains, then why don’t we do it right in all aspects and respect his faith as well?

It would be all too easy, and a splendidly English fudge, to lay him to rest in an imposing Anglican cathedral to the accompaniment of soft dreamy Reformation motets and a movingly poetic Elizabethan C of E liturgy.

But it would just be plain wrong on so many levels.

Alfred was old school. He went on pilgrimage to Rome when he was four, where Pope Leo IV made him a consul. He looked after the Church in his lands, and his friendship with Pope Marinus I was so strong it resulted in the English School in Rome being exempted all taxes. Alfred summoned leading clergy and theologians to his court in order to learn from them, and even had a learned Welsh monk-bishop chronicle his life.  Faith was so important to him that in settling the protracted negotiations over the Danish occupied half of England, he oversaw King Guthrum’s conversion to Christianity with Alfred as his appointed Godfather.

In addition to all his other achievements, Alfred was a practical scholar in his own right, whose works show a preoccupation with religion. He translated a number of Latin texts into Anglo-Saxon, including the first 50 psalms, Pope Gregory the Great’s guidance on the office of priesthood, and even Saint Augustine’s Soliloquies.

Given all this, it just seems, well, disrespectful — and historically dishonest — to give Alfred a genteel modern Anglican ceremony, however stirring.

Alfred cared deeply about his Roman Catholic faith. He thought about it a lot, sharing with his people what he saw as its rich storehouse of wisdom.

And we should respect that.

So, if the Winchester hip bone is Alfred’s, let’s build a fitting tomb in Westminster Roman Catholic Cathedral, and let his remains be reinterred there with a solemn rite in a language he’d understand (having learned Latin fluently in his 30s).

And, at the same time, let’s see if we can cease coughing loudly at the mention of England’s embarrassing Catholic past, deluding ourselves that the heroes of medieval England were all secretly proto-Protestants with a clandestine suspicion of Rome.

Perhaps, if the Winchester archaeologists really have found the last mortal remains of King Alfred the Great, we can start recognizing that Roman Catholicism was, for around a thousand years, the solid faith of our nation.